After graduating from the UNC School of Public Health with a doctorate in Epidemiology, Dr. Henderson joined faculty in the Department of Radiology at UNC Chapel Hill as Assistant Professor in July 2009. Dr. Henderson currently serves as Director of CMR and participates in the Breast Cancer Surveillance Consortium. Dr. Nyante joined the Department of Radiology in 2014 after receiving her masters and doctoral degrees in Epidemiology from UNC-Chapel Hill and completing a postdoctoral fellowship at the National Cancer Institute. Thad Benefield received his MS in Biostatistics from UNC Chapel Hill in 2000. In March 2012, Mr. Benefield joined CMR as a statistician. Mr. Benefield’s primary duties include statistical modeling and creation of analytic datasets. Katie Earnhardt joined the CMR in 2018. She earned a BA in Political Science from Appalachian State University in 2005. Ms. Earnhardt has worked in health research for a number of years, supporting projects in Behavioral Medicine at Duke University Medical Center, and in Epidemiology at RTI and UNC. As Research Specialist for the CMR, Ms. Earnhardt is responsible for managing data abstraction and assisting with surveys, manuscript preparation, grant applications, and web design. 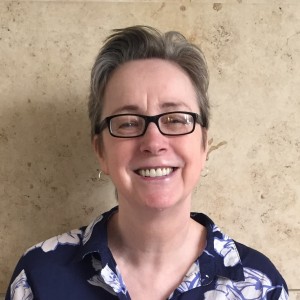 Ley Killeya-Jones joined the Department of Radiology in 2018. She received her PhD in Social-Developmental Psychology from Rutgers, The State University of New Jersey, in 1998, and completed NIDA and NICHD Postdoctoral Fellowships at Duke University’s Center for Child and Family Policy. She most recently worked as a Project Manager in the Division of Pharmaceutical Outcomes and Policy at UNC’s Eshelman School of Pharmacy. Prior to that position, Ley spent three years as the project manager on the Add Health study at the Carolina Population Center. Christopher Lyu has over 30 years of diverse research, project management, and business development experience. Prior to joining UNC-CH, he worked in the contract research industry for about 27 years (~4 years at Rho and ~23 years at Battelle). Prior to that, he worked at a Texas state agency for about 5 years. At Rho, Christopher served a dual role as a Principal Research Scientist and as a Privacy Officer. At Battelle, Christopher had multiple concurrent roles and responsibilities as a Research Project/Program Manager, Principal Investigator, Proposal Manager, a member of the Institutional Review Board (IRB) and the IRB Vice Chair, Associate Director and Acting Director of the Battelle Durham, North Carolina Operations. At the Texas state agency, Christopher served as a Research Program Analyst/Project Officer. He earned his MPA from the LBJ School of Public Affairs at the University of Texas at Austin and BA from Tunghai University, Taiwan. Throughout his career, Christopher has supported/managed more than 50 research projects (both contract and grant research), which included a wide range of subject matters, study populations, and project types. Mr. Pritchard received his BA in Psychology from UNC in 2012 and worked as a Research Assistant at the Center for Developmental Science for several years.